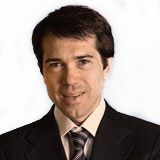 Carlo Michelini – Chairman of the Board of Directors

He has been at F2i since May 2007. Previously he worked for more than 16 years in the investment banking sector at Morgan Stanley, where he was managing director for the last 3 years. He has worked in all areas of corporate finance: M&A, IPOs, bond issues and financing, with a particular focus on telecommunications, infrastructure and public sector. He led some landmark transactions in Italy including, in the infrastructure sector, the privatisation of ENEL (tranche II-III-IV), the privatisation of Telecom Italia, the sale of Wind, the financing of the Italian high-speed railway network and the project finance for the Api Energia cogeneration plant. 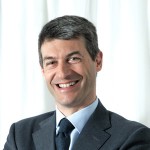 He was a founding member of KOS and has been General Manager since 2007. He was the Corporate Development Manager of CIR S.p.A. between 2001 and 2003, in charge of the direct investments of CIR and acquisitions by the subsidiaries.
He previously worked at Bain & Co. as a consultant at the Milan office where he dealt with a number of industrial projects and provided assistance in M&A transactions.
He gained a degree in Business Economics from the Bocconi University of Milan in 1994, and a Master of Business Administration at Insead in France in 1998. 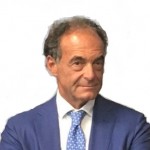 He has been Managing Director of the Santo Stefano group since 2002 and Managing Director since 2017.
He is a visiting professor of health planning at the University of Ancona.
He has carried out research into health systems, and provided consultancy services to a number of different Regions; he was a member of the LEA Commission of the Ministry of Health between 2003 and 2007.
Previously he managed the Healthcare Planning and Organisation laboratory of the INRCA and was Deputy Superintendent of Health of INRCA and health director of the Jesi local health authority since 1997.
He graduated in Medicine from the University of Bologna, specialising in Neurology and in Hospital Hygiene and Organisation, and obtained a PhD in Neuroscience. He has done a number of master degrees and training courses in health management. 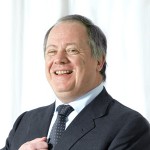 He was managing Director of residenze Anni Azzurri since 2006, before he was General Manager of the San Pietro General hospital between 2001 and 2004, a private accredited hospital in the Province of Bergamo, and was Administrative Manager of the Villa Aprica Clinical Institute in the Province of Como between 1998 and 2001.
Previously he worked with Antibiotocos S.p.A., a company in the Montedison Group, filling positions of increasing responsibility in the areas of Administration and Management Finance and Control.
He gained a degree in Industrial Technology Engineering from the Milan Polytechnic University in 1987. 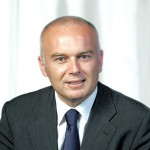 Previously Manager of Human Resources and Organisation at Santo Stefano since 2011, he began his career in Industrial Relations and Social Affairs in Assindustria in Ascoli Piceno.
Previously he was the Manager of Human Resources and Organisation of the Atr Group, an Italian industrial group that operates in the processing of high technology fibrous compounds for car, motorbike, bicycle, plane and furnishing applications.
He also worked at Indesit S.p.A. – an Italian multinational that produces and sells household and electronic appliances – as Head of Staff Administration and Labour Regulations and was Head of Industrial Relations at the Manuli Rubber Industries spa, an Italian multinational that designs, produces and distributes rubber and metal components and fluid transmission systems with oil-pressure, car and petrol applications.
He has a degree in Law from the University of Bologna. 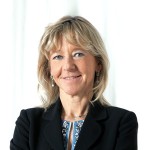 She has worked in the KOS Development Department since 2005 and has followed the growth of the company, dealing with the research, selection and evaluation of investment opportunities, mainly with reference to the economic-financial, negotiation and contractual aspects.
She was a Manager and a Partner in BKN Corporate Finance between 2001 and 2005 and was in charge of analysing the M&A, Venture Capital and acquisition finance projects.
She previously worked in both public and banking investment companies.
She gained a degree in Business Economics from the Bocconi University of Milan in 1989, and a Financial Analyst diploma from the AIAF in 1991. 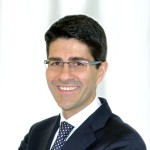 He was the KOS (previously HSS) Development Manager between 2007 and 2009 and contributed to the growth of the Company by following the acquisitions in the various business areas directly, and assisting operating companies in the launch of new projects.
He worked with Value Partners Management Consulting between 1999 and 2007, following important strategic development and commercial projects for big industrial and service groups, both in Italy and abroad, specialising the Healthcare area, assisting healthcare groups, pharmaceutical companies and medical technology producers. He became Senior Engagement Manager in 2006.

He previously worked in the Marketing and Strategic Planning Division at Elsag of the Finmeccanica Group in Genoa, contributing to the development of Information Technology services.
He got a degree in Business Economics from the University of Genoa in 1998. 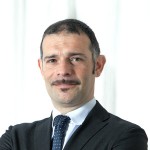 He was Head of the consolidated financial statement and internal audit department of Saes Getters S.p.A., a listed company on the star segment of Borsa Italiana, and was involved in the administrative and internal control coordination of group companies in Italy and abroad. He worked at the Pricewaterhousecoopers S.p.A. Turin office as an auditor between 1996 and 2000.
He got a degree in Economics from the University of Pavia in 1996.

He is the Editor of the psychiatry and social science journal “Il Vaso di Pandora”, and author of numerous scientific publications; he is a visiting professor for the degree course in Psychiatric Rehabilitation Techniques at the Medicine Faculty in the University of Genoa. Previously he was head of hospitality services at the SSM Local Health Unit of Genoa Voltri, Head of services CAUP SSM Local Health Unit 6, Health manager of the Villa Ridente nursing home, consultant for the Ministry of Health, National Chairman of FENASCOP and Scientific director of Fenascop.
He was awarded a degree in Medicine in 1978, specialising in psychiatry. 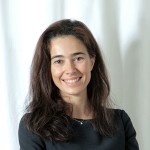 Previously Head of Marketing and Training in Santo Stefano since 2008, she became part of the group with the acquisition of the Cardinal Ferrari Centre, where she had been managing director since 2006.
She previously worked at Quantum, a healthcare consultancy company, developing corporate organisation and training programs in association with large hospitals and a number of different local health authorities.
She obtained a degree in Chemistry and Pharmaceutical Technology in 1997 and a MBA from Profingest (Bologna) in 1998. 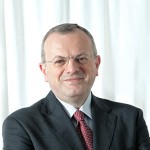 He was Administration and Finance Manager of the Anni Azzurri Nursing Homes between 1996 and 2011 where he set up the administration system and drew up the internal reports and statutory and consolidated financial statements.
He previously worked with a number of Fininvest Group companies, in different administration positions and also coordinated some of the group companies in Italy.
He gained a degree in Business Economics, specialising in the Economics of Credit Institutions, from the Bocconi University of Milan in 1988.

He was Head of Management Control between 2002 and 2005 at Générale de Santé in Italy, organising the control system and relations with the French parent company.
Previously he worked with San Paolo Imi Bank as an analyst at the New York City branch, following corporate banking and project finance projects. He gained a degree in Business Economics from the Bocconi University of Milan in 2001, and followed a study programme with the Warsaw School of Economics, Poland, in 2000. 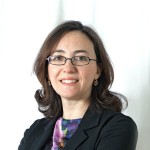 She was a Fund Manager and head of structuring and development of real estate funds with Pirelli Real Estate SGR S.p.A. between 2005 and 2008.
Previously she worked as Investment Manager with Palladio Finanziaria S.p.A. and Gallo & C. S.p.A. (Meliorbanca Group) on numerous private equity, M&A and structured finance transactions.
She gained a degree in Political Economics, specialising in Money and Finance from the Bocconi University of Milan in 1997. 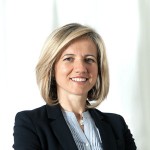 She worked with KPMG Advisory between 1996 and 2007 helping to develop the Healthcare Business Unit. She gained experience in the healthcare sector, developing projects for public and private healthcare and social and health facilities, in addition to projects for public entities (at Municipal, Regional and Ministerial levels).
She was previously a member of technical commissions, working with the biggest entities in the area of care for the elderly, chronically ill and terminally ill patients, and was Project Manager for the elderly and disabled area of the Mattoni Project for the National Healthcare System of the Ministry of Health.
She gained a degree in Business Economics from the Bocconi University of Milan in 1996.